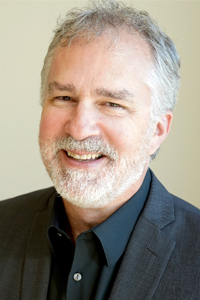 David Dzubay was born in 1964 in Minneapolis, grew up in Portland, Ore., and earned a D.M. in Composition at Indiana University in 1991. Additional study was undertaken as a Koussevitzky Fellow in Composition at the Tanglewood Music Center (1990), at the June in Buffalo Festival, and as co-principal trumpet of the National Repertory Orchestra in Colorado (1988, 1989). His principal teachers were Donald Erb, Frederick Fox, Eugene O'Brien, Lukas Foss, Oliver Knussen, Allan Dean, and Bernard Adelstein.

His music is published by Pro Nova Music, Dorn, and Thompson Edition and is recorded on the Sony, Centaur, Bridge, innova, Crystal, Klavier, Gia, First Edition, and Indiana University labels.

Dzubay is currently professor of music, chair of the Composition Department, and director of the New Music Ensemble at the Indiana University Jacobs School of Music in Bloomington. He was previously on the faculty of the University of North Texas in Denton.

He has conducted at the Tanglewood, Aspen, and June in Buffalo festivals. He has also conducted the Pittsburgh New Music Ensemble, the Greater Dallas Youth Symphony Orchestra, Music from China, Voices of Change, an ensemble from the Minnesota Orchestra, the Kentuckiana Brass and Percussion Ensemble, and strings from the Louisville Orchestra at the Maple Mount Music Festival. From 1995 to 1998, he served as composer-consultant to the Minnesota Orchestra, helping direct their "Perfect-Pitch" reading sessions, and during 2005-06, he was Meet the Composer/American Symphony Orchestra League Music Alive Composer-in-Residence with the Green Bay Symphony Orchestra.