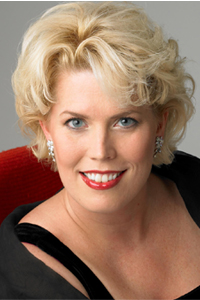 Caroline Worra has been hailed by Opera News as "one of the finest singing actresses around." She has sung over 75 different operatic roles including more than 20 World, American, and Regional Premieres. She was internationally acclaimed for her performances of Jenny in The Mines of Sulphur, Grammy nominated CD for Best Opera Recording, and as the title role for The Greater Good; Passion of Boule de Suif, Opera News and New York Times pick for one of the top classical CDs of the year.

Caroline is a recipient of the Shoshana Foundation/Richard F. Gold Career Grant. She grew up in Wisconsin and graduated from Onalaska High School where she also received the 2015 Wall of Excellence Award. She has a Bachelor of Arts Degree in Piano and Vocal Performance from Luther College where she received the Distinguished Service Award in 2016. She has a Master of Music Degree in Vocal Performance from The University of Missouri in Columbia where she received a 2014 Distinguished Alumni Award from the College of Arts and Science. Caroline also has a Doctor of Music degree in Vocal Performance from Indiana University with minors in Music Education and Choral Conducting.