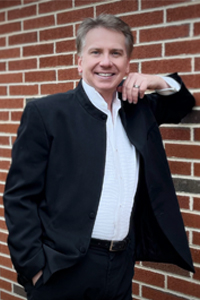 Dr. Kraig Alan Williams is currently the Director of Bands, Associate Professor of Music and Director of the Wind Studies Program at the Mason Gross School of the Arts, Rutgers University. His duties include the artistic guidance of the Grammy-nominated Rutgers Wind Ensemble and administration of all aspects of a large, dynamic and comprehensive university band program. Other responsibilities include teaching graduate and undergraduate conducting and the mentoring of Master's and Doctoral students in Wind Studies.

Williams has conducted performances in Graz, Budapest, Malta,Marktoberdorf, and Prague. He has performed in Carnegie Hall, conducted live radio broadcasts on National Public Radio and has recorded for Mark Records and ADK in Prague, Czech Republic. A project featuring the wind music of Eric Ewazen will be released on Albany records in 2011.

Williams received his doctorate from The University of Texas at Austin, where he studied with Jerry F. Junkin. He received a Master's of Music degree in performance from California State University, Northridge. Williams is a member of CBDNA, TMEA, and is a sponsor and honorary member of the Memphis chapters of Kappa Kappa Psi and Tau Beta Sigma.

Williams joined the conducting faculty at the Brevard Music Center in 2001 and was named Director of Band Activities in 2008. He has regularly achieved critical acclaim for his work with the Symphonic Band and Chamber Winds.