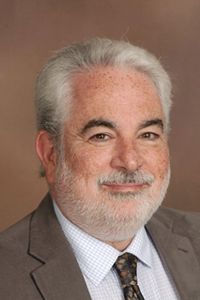 Dr. Kenneth Eggert began his performing career as early as age 9, with acting and singing in community theatre productions, and formed his first band at age 12. After high school he went on to study composition at Carnegie-Mellon University, and later film scoring at Berklee College of Music. He left school to pursue a career in performance, and toured nationally and internationally with various ensembles over the years before resuming his academic pursuits. He received his BA in Music through Thomas Edison State University, and went on to get his MA in Music Theory/Composition at Montclair State University. In 2017 he earned his DMA at the University of Georgia in Music Composition. He has done award-winning scholarship on Just Intonation and the Pythagorean Table, and spent years in study of traditional Native American music and the work of American microtonal composer/theorist Harry Partch. His full range of styles includes classical, pop, rock, jazz, folk, country, gospel, music theatre, experimental electronic, New Age, avant garde, world music, and microtonal. He has composed for film, theatre, chamber ensemble, and chorus; he has recorded two CDs of original world music, and has founded both a theatre company and a “green” charter school. His piece Ondine’s Flute was released in 2019 by Navona Records on a compilation CD of modern flute music (AERO: Contemporary Music for Flute). His most recent composition, Moonstone, was premiered at Brevard College in February. He currently plays keyboard and bass guitar with several local bands (Tuxedo Junction, Gotcha Groove, and The Fine Colombians) and is the Instructor of Theory and Composition at Brevard College.