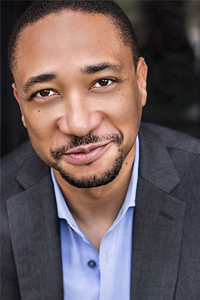 He has been featured as narrator in many venues including the Cincinnati Pops, Colorado Symphony, Cleveland Orchestra, Grand Teton Music Festival, Grant Park Music Festival, Houston Symphony, Memphis Symphony, and on the the Videmus recording Fare Ye Well. He also narrated a concert version of Beethoven’s Fidelio with David Robertson and the St. Louis Symphony Orchestra.

Gupton received his Bachelor of Music Education degree from the University of Michigan, where he delivered the commencement address to the School of Music, Theatre & Dance in 2015. He studied conducting with David Zinman and Murry Sidlin at the Aspen Music Festival and with Leonard Slatkin at the National Conducting Institute in Washington, D.C. Awards include the Robert J. Harth Conducting Prize and The Aspen Conducting Prize. He is the inaugural recipient of the Emerging Artist Award from the University of Michigan School of Music and Alumni Society, and is a winner of the Third International Eduardo Mata Conducting Competition.

An accomplished actor, Gupton is a graduate of the Juilliard School Drama Division. He has had roles in television, film, and on stage, most recently starring with Samuel L. Jackson in the upcoming Apple TV limited series The Last Days of Ptolemy Grey. Other series regular roles include Black Lightning, Criminal Minds, The Player, The Divide, Prime Suspect, and Deadline as well as guest or recurring appearances on The Comey Rule, Dirty John, Goliath, Bates Motel, The Newsroom, Suits, Empire, Rake starring Greg Kinnear, Law & Order, Law & Order Criminal Intent, Conviction, The Unusuals, Third Watch, Hack, and Drift.  He appeared in Damien Chazelle's Academy Award-winning films Whiplash and LaLa Land, as well as This is Forty, The Last Airbender, Helen at Risk, Before The Devil Knows You’re Dead, Unfaithful, and The Loretta Claiborne Story.