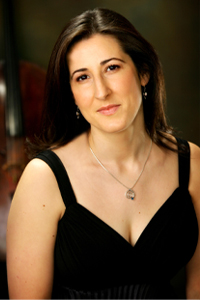 Susan Babini was appointed Principal Cello of the Milwaukee Symphony Orchestra in 2012 by Edo de Waart. She has been recognized for her "gorgeous sound and liquid sense of phrasing” (Philadelphia Enquirer), her “achingly beautiful” playing (Milwaukee Journal Sentinel) and “gorgeous, dark sound” (Milwaukee Shepherd Express).

An Astral Artist alumnus, Susan performed the East Coast premiere of Aaron Jay Kernis's Colored Field for Cello and Orchestra with Symphony in C, and is also featured on Kernis' album On Distant Shores. She has also been presented in solo recital by the Philadelphia Chamber Music Society.

A dedicated educator, Susan loves working with students of all ages and  and frequently leads masterclasses at home and abroad. For several years she taught cello orchestral repertoire at Northwestern University, as well as teaching and coaching for the National Youth Orchestra, Luzerne Music Center, and the Brevard Music Festival. Currently she is a faculty member for the Advanced Chamber Music Institute at the Wisconsin Conservatory of Music.

A native of Detroit, Susan Babini is the daughter of two former Detroit Symphony cellists and began her musical studies at the young age of three. She holds a Graduate Diploma from The Juilliard School, where she was teaching assistant to Bonnie Hampton, as well as Bachelor and Master of Chamber Music degrees from the San Francisco Conservatory of Music.