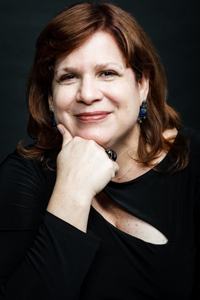 An orchestra harpist, chamber musician, recording artist, and soloist, Lynette Wardle enjoys a varied and rewarding performance career. She has been recognized for her “refined tone production and spot-on rhythmic sense.” In addition to being the principal harpist of both the Richmond Symphony and the Albany Symphony, she performs regularly with the New Jersey Symphony Orchestra and the New York City Chamber Orchestra. Lynette can be heard on Grammy Award-winning Albany Symphony recordings, and Original Cast Albums for Amélie, the Musical, Renascence, The Beast in the Jungle, and The Mad Ones. For the holiday seasons, she has been in the orchestra for A Christmas Story, the Musical, and the Radio City Christmas Spectacular. When Broadway opens again, she will be in the orchestra for the new musical Flying Over Sunset at Lincoln Center Theatre. She was also the harpist for the national tour of the Tony award-winning musical Light in the Piazza, and fills in regularly at the Broadway show Wicked. Lynette is an integral part of Sax-O-Philm, Sounds and Sights of the 20’s, a multi-media concert production created by virtuoso saxophone player, Chad Smith. She has shared the stage and studio with Megan Hilty, David Burnham, Lin-Manuel Miranda, Johnny Mathis, Marvin Hamlisch, Edgar Meyer, Yo-Yo Ma, Gil Shaham, Joshua Bell, Deborah Voigt, and Pavarotti. Ms. Wardle holds a Masters in Orchestral Performance from Manhattan School of Music.