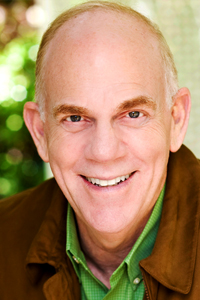 Richard Kaufman has devoted much of his musical life to conducting and supervising music for film and television productions, as well as performing film and classical music in concert halls and on recordings. The 2020-21 concert season marks Richard's thirtieth season as Principal Pops Conductor of Orange County's Pacific Symphony. He holds the permanent title of Pops Conductor Laureate with the Dallas Symphony, and is in his sixteenth season with the Chicago Symphony Orchestra concert series, CSO at the Movies, conducting classic and contemporary film music, as well as classical music used in motion pictures. Richard regularly appears as a guest conductor with symphony orchestras throughout both the United States and around the world including New York, Cleveland, St. Louis, San Diego, Indianapolis, Utah, Edmonton, the Royal Liverpool Philharmonic, the Royal Scottish National Orchestra, and the RTE Concert Orchestra in Dublin, Ireland. Richard has conducted throughout Australia, including sold-out performances at the Sydney Opera House. In May 2015, Kaufman made his conducting debut with the Boston Pops, substituting for John Williams at the Annual Pops Film Night. In 2016, Mr. Williams graciously invited him to share the podium at the annual Tanglewood Film Night, and recently, he again joined Mr. Williams in concerts with the Chicago Symphony. During the summer of 2016, Richard conducted the live performance of Michael Giacchino score for Star Trek Beyond with the San Diego Symphony, accompanying the film in its gala world premiere. It was the first time a film was presented outdoors in IMAX. In September of 2018, Richard conducted special "Boston Pops-style" concerts with the Gewandhaus Orchestra in Leipzig.

With a life-long passion for film music, Richard often conducts programs featuring live performances of entire scores while the film is shown. These include Amadeus, Star Wars - A New Hope, Star Wars - The Empire Strikes Back, Jaws, Jurassic Park, E.T., Raiders of the Lost Ark, The Wizard of Oz, Casablanca, Bride of Frankenstein, Psycho, Fantasia, On the Waterfront, Pirates of the Caribbean 1 & 2, Singin' in the Rain, Vertigo, Silverado, Star Trek 2009, Star Trek Beyond, and various silent films. In April, 2014 at the Virginia Arts Festival, Richard conducted the world premiere performance of Stewart Copeland's score for the 1925 silent classic Ben Hur. Following the premiere, he has joined composer/soloist Stewart Copeland in performances of this exciting work with orchestras including the Chicago Symphony, Pacific Symphony, and the Luxembourg Philharmonie.

Richard received the 1993 Grammy Award in the category of Best Pop Instrumental Performance for a recording he conducted with the Nuremberg Symphony. His recordings include "The High and the Mighty" (Varese Sarabande) with the London Symphony Orchestra. Recorded at Abbey Road Studios, this CD features music from classic and contemporary films about flying. Richard's other recordings include film music performed by the Brandenburg Philharmonic in Berlin, a second recording with the Nuremberg Symphony celebrating the 100th anniversary of motion pictures, and two critically acclaimed CDs with the New Zealand Symphony Orchestra, conducting the film music of Alfred Newman and Victor Young.

In October of 2011, Richard conducted the London Symphony Orchestra at the Barbican Centre in a concert presenting the film music of Oscar-winning composer Dimitri Tiomkin. This performance is the first film music recording released on the LSO LIVE recording label. It was nominated for a 2013 Grammy (Best Instrumental Accompaniment for a Vocal - "Wild is the Wind" - Arranger Nan Schwartz), and was also among several LSO recordings produced by James Mallinson which received Grammy nominations in the category of "Best Classical Producer".

Richard joined the Music Department of Metro-Goldwyn-Mayer Studios in 1984 as Music Coordinator, and for the next 18 years supervised music for all MGM television and animation projects. He received two Emmy Award nominations, one for the animated series, "The Pink Panther" in the category of Outstanding Music Direction and Composition, and another for Outstanding Original Song co-authored for the series All Dogs Go to Heaven. For the MGM television series In the Heat of the Night, Richard composed songs with Actor/Producer Carroll O'Connor. He conducted scores for films including Guarding Tess and Jungle to Jungle.

Richard has served as Music Director and Conductor for numerous musicals. His first assignment (at age 23) was as conductor for the National Tour of Sweet Charity starring Juliet Prowse. He conducted the First National Tours of Company (for Hal Prince) and Two Gentlemen of Verona (for Joseph Papp and the New York Shakespeare Festival). For the Los Angeles and San Francisco Civic Light Operas, he was Music Director and Conductor for musicals including Wonderful Town (starring Nanette Fabray), Irma La Douce, The Sound of Music (for which he was nominated by the San Francisco Theater Critics for Outstanding Music Direction), and Guys and Dolls (starring Milton Berle).

In April, 2012 Richard received the "Distinguished Alumni Award" from his alma mater, California State University @ Northridge. While a student at CSUN, he composed the University's Alma Mater and Fight Song. In May, 2008, Richard was the keynote speaker for the CSUN Honors Convocation Ceremony. He has appeared as a guest speaker at various universities including Southern California, Georgia, Furman, Bob Jones, the California State Universities at Northridge and Fullerton, and the University of Liverpool (U.K.). He is on the Board of the Film Music Foundation, and is a member of the Music Advisory Board of the Young Musicians Foundation.

Born in Los Angeles, Richard began violin studies at age 7, played in the Peter Meremblum California Junior Symphony, and was a member of the Young Musicians Foundation Debut Orchestra. He attended the Berkshire Music Festival at Tanglewood in the Fellowship program, and earned a B.A. in Music from California State University Northridge. Richard lives in Southern California with his wife, Gayle, a former dancer in film, television and on Broadway. His daughter, Whitney is a graduate (with honors) from Chapman University in Orange, California, and for 2 1/2 years was a member of the cast of the National Tour of Mama Mia!.

Richard is proud to be represented by Opus 3 Artists.