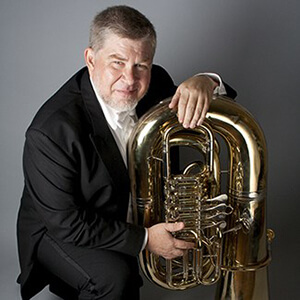 Dave Kirk is Principal Tubist of the Houston Symphony and Associate Professor at Rice University’s Shepherd School of Music, positions held since 1982.

Mr. Kirk was selected for his teaching and playing positions during his final year of undergraduate studies at the Juilliard School. While at Juilliard, he studied with Don Harry. Kirk’s other teachers include David Waters, Chester Schmitz, Warren Deck, and Neal Tidwell.

As a teacher, Mr. Kirk enjoys an international reputation for effective teaching of musicianship and the physical aspects of wind playing.