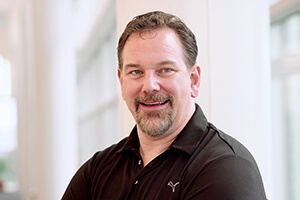 Dale is an award winning Fight Director, Choreographer and author of the stage combat manual Actors On Guard. He is a third degree Black Belt (Sam Dan, 1st level) in Taekwondo/Hopkido and Hydong Gumdo, a founding member of the North Carolina Stuntmen's Association and one of only sixteen recognized Fight Masters in the United States by the Society of American Fight Directors. His breadth of work and contribution to the art of staged violence has also earned him recognition in the Canadian guild, Fight Directors Canada, and The Russian Guild of Stage Movement Directors and Teachers. His work has been featured in professional theatres and opera houses throughout North America and in numerous motion pictures. Credits include the Metropolitan Opera, The Folger Theatre, Signature Theatre, Arden Theater, San Diego Opera, Opera Carolina, Piedmont Opera, Pioneer Theatre, Studio Arena Theatre, Triad Stage, and the Chautauqua Opera. Film credits include "Eyeborgs," "The Key Man," "The Trial," "10 Rules for Sleeping Around" and the critically acclaimed "Junebug." As a master teacher, Mr. Girard has instructed classes and seminars in stage combat, acting, and dramatic movement at colleges and universities throughout North America. Based in North Carolina, he is a full Professor on faculty for the School of Drama at the University of North Carolina School of the Arts where he serves as Director of Stage Combat Studies and the Assistant Dean of Academics and Administation. Previous teaching experience includes Yale's Schools of Drama and Music, the National Theatre Conservatory and the Hartt School.