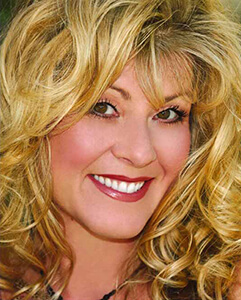 Diane Alexander has achieved recognition as one of the major singing-actresses of her generation. Her reputation is one of bringing consistent musical and dramatic excellence to her leading roles in Opera, Operetta and Broadway and as a soloist with Symphony Orchestras, in Chamber Music and in recital to which she has achieved tremendous critical acclaim.

Diane was very fortunate early in her career to be chosen as a young artist to participate in the prestigious Tanglewood Music Festival and in San Francisco Opera's famed Merola Opera Program for two seasons. She subsequently toured with Western Opera Theater in over 100 performances as Violetta in "La Traviata" to which she gained critical acclaim. Other notable roles have included Musetta in "La Boheme", Massenet's Manon, her comic Lucille Ball-like Rosalinde in "Die Fledermaus" and Donna Elvira in "Don Giovanni", Nedda in "Pagliacci" , Bizet's innocent Leila and Micaela, Kathie in "The Student Prince", Marianne in "The New Moon" and Abigail in "The Crucible" to name a few.

In the Musical Theater realm, Diane's versatility as a singing actress caught the eye of Hal Prince, who cast her as Carlotta in San Francisco's "sit down" production of Andrew Lloyd Webber's, The Phantom of the Opera while Hawaii Opera Theater cast her as the beautiful Desiree in Sondheim's A Little Night Music.

Diane is excited to welcome in a new era of heroines into her repertoire such as Puccini's Tosca, Manon Lescaut and Suor Angelica, Samuel Barber's Vanessa, Verdi's Alice Ford and Elvira in "Ernani" for example. Recent and upcoming performances include Donna Elvira in "Don Giovanni" with Shreveport Opera and Piedmont Opera. The World Premiere of "Alice" with San Diego's Art of Élan and Strings Music Festival in Steamboat Springs, Colorado. She returns to her native Rhode Island to appear in Chamber Music concerts with Music on the Hill RI and in 2013 will appear with Hawaii Opera Theater as Madame Lidoine in Poulenc's dramatic "Dialogues of the Carmelites."

Highly sought after to teach and mentor young rising stars as well as professionals, Diane has opened a voice studio to pass on her immense knowledge and experience as a singer, performer and lifetime performing artist. In this competitive world today, Diane encourages her students to create opportunities for themselves, as she did herself this year by Co-creating, writing and starring in La Divina, a group comprised of four gloriously versatile soprano's performing exclusively for Corporate and Private events nationally.