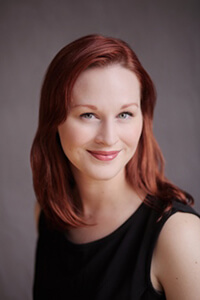 Pianist Lindsay Woodward is known for her spirited performance as both soloist and collaborator. Returning for her third season as a Resident Artist at Minnesota Opera, Ms Woodward will serve as a répétiteur for each of Minnesota Opera’s productions, as well as functioning as Chorusmaster for The Marriage of Figaro. Ms. Woodward has served as a coaching fellow with Wolf Trap Opera, working on Rossini’s The Touchstone (La Pietra del Paragone), Puccini’s Tosca, and their children’s opera Listen, Wilhelmina! by David Hanlon.

Committed to new works, Ms Woodward has been on music staff for two world premieres while at MN Opera, Paul Moravec’s The Shining and William Bolcom’s Dinner at Eight. She also worked on Bolcom’s A Wedding at the Aspen Music Festival, and was a member of the Contemporary Opera Ensemble at Manhattan School of Music.

Previously, Ms Woodward spent two summers at the Aspen Music Festival and School as a coaching fellow and the 2014-15 season at Utah Opera as a young artist, playing outreach concerts and serving as a répétiteur. Ms Woodward has worked with Dolora Zajick at her program, the Institute for Young Dramatic Voices, and Italian coach Ubaldo Fabbri at the La Musica Lirica program held in Novafeltria, Italy. She received her master of music from the Manhattan School of Music in New York in 2012, as a student of Ken Merrill, and her bachelor of music from the University of Utah, as a student of Lenora Brown.