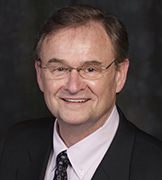 Joseph Evans has appeared as leading tenor at La Scala, Ireland's Wexford Festival, the New Israeli Opera, English National Opera, Welsh National Opera, Opera de Nantes, Orleans, and Nancy, La Fenice in Venice, Austria's Bregenzer Festspiele, the Grand Thêatre de Genève in Switzerland, and the New York City Opera. During recent seasons, Mr. Evans sang the role of Curley in the Houston Grand Opera, Bregenz, Austria, and Washington, D.C. productions of Carlisle Floyd's Of Mice and Men, Captain Vere in the HGO, Seattle Opera, and the New Israeli Opera productions of Billy Budd, Herod in Salome and the Prison Chaplain in Dead Man Walking with the Austin Lyric Opera, the title role in the Tokyo, Japan production of Peter Grimes, and appeared in both Eugene Onegin and The Makropulos Affair in Houston. Also at HGO, he premiered the role of Richard Smythe in Jake Heggie's The End of the Affair and the role of General Garcia in the premiere of Daniel Catan's Salsipuedes, Prince Shuisky in Boris Gudonov, Arnalta in L'Incoronazione di Poppea, and Basilio in La Nozze di Figaro.

His concert appearances include performances with the New York Philharmonic, the Tokyo Philharmonic, Tokyo Metropolitan Orchestra, the Cleveland Orchestra, the Atlanta, Buffalo, Pittsburgh, and Indianapolis Symphonies, the Orchestre L'Ile de France in Paris and the Radio-Symphonie Orchester of Berlin.

Describing his performance as Captain Vere in Billy Budd, Theodore Deacon in the international periodical Opera wrote, "In the heat of battle, Evans' Vere was very much in command, a charismatic leader the crew of the Indomitable would credibly fight and die for. Evans conveyed such tangible impatience and irritation with Claggart's slithery accusations that the tension carried right through to Billy's violent response. At that point Evans drained all colour from his voice, powerfully devastated by the tragic import of the moment. Seattle Opera has witnessed many fine dramatic performances over the years, but few so emotionally and intellectually captivating as Joseph Evans' 'Starry' Vere."

Describing his performances as Pollione, the critics said, "His luxuriant voice poured forth with a richness that raised the opera's emotional stakes." "He's a real pro who can pop out a high C on demand and create a believable character." His recent portrayal of Aschenbach in the French Production of Britten's Death in Venice was hailed in the French news media as "an interpretation of unequaled perfection. The American tenor is a magnificent artist, sensitive, expressive, intelligent, graced with a voice of great beauty, and one of the finest actors of this generation." Of his Don Ottavio in Venezuela, El Nacional praised the beauty of his singing and subtlety of his portrayal, adding that, "...his arias were the musical highlights of the evening."

His most recent CD releases include Of Mice and Men in the role of Curley; Tebaldo in Bellini's I Capuleti e i Montecchi with Beverly Sills and Tatania Troyanos; Jaquino in Beethoven's Fidelio with Jon Vickers and Teresa Kubiak; Francesco in Berlioz's Benvenuto Cellini with Jon Vickers and Patricia Wells; two roles, Cecil and Mr. Eager in Robert Nelson's A Room with a View on the CD, An American Voice; Eumolph in Le Rapt de Perséphone by Andre Bon, and tenor soloist in The Unholy Sonnets of John Donne by Samuel Adler, and The Mystic Flame by Michael Horvit. Mr. Evans has been recorded on the Sony Classics, CBS Masterworks, Cybellia, Gasparo, Naxos, Vai, and Albany labels.

Mr. Evans is Professor of Voice and Coordinator of the Voice Studies at the University of Houston Moores School of Music.